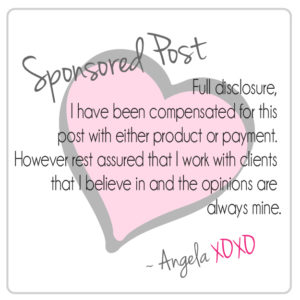 It’s not a secret that I have always identified with my Italian half of my heritage, not  because my Mothers heritage wasn’t important but because I look like my father and have his Italian last name…so basically since birth, after someone struggled to say my name correctly they would follow it with “Is That Italian?”

So that’s just how it was for me. So when I had the chance to do an Ancestry DNA test for Ancestry.com as an assignment I was ALL OVER IT! Not only to learn more about my Mother’s background (since I was already 50% Italian) but those who don’t know I studied Sciences in University for 2 years before I went into Design and LOVED any genetics and DNA classes I was taking….

The Kit came in and I did the lovely spit in a tube and seal it all up (Very CSI) and mailed off the box to Ireland where my little vial of Spit went through a 40 point test dissection.Why test it 40 times? (that also tells you how much spit there was) … well the easiest way to break it down is to say that since your DNA is not one solid piece of information any area they dissect could tell you an entirely different story… So once they take the results from all 40 samples they give you and average percentage so its not uncommon for one test to show 20% from one region and another to show 40% from that same region. So the need to “Build a Story” so to speak which is why the need for 40 separate tests to build the chapters of the tale….

So 6 weeks later … my results came in and WHAT 35% Italian??? How is this possible?! And another funny thing I found out is that they actually CAN’T break the DNA difference between Italians and Greeks , so the old saying “One Face, One Race” that my Greek friends use to say to me….is kind of true in this instance…  (I will point out that the Sliding rule show some of the tests were 47% Italian/Greek so those samples must have contained more of my father’s DNA parts) but the Average of all 40 tests put me at 35%

So what else Am I?

Then here’s where the interesting stuff shows up. I knew I would have Irish Blood, 23% to be precise, but 19% Great Britain (which includes England, Walsh, Scotland) and 8% Scandinavian (that was a big surprise), not to mention the fact that there is no trace of French blood which I thought there would be… the remaining 8 % was a mix of Iberian Peninsula, Eastern European, Finland/Northwest Russia

So what does this leave me thinking… well it was an incredibly interesting process and has made me very interested to learn more about my family history. But it left me with another very neat thing… I submitted to allowing my DNA to be matched against others that have taken it and so far they have found a 2nd cousin, a 3rd cousin , 3 pages of 4th cousins and 192 pages of 6 to 8th cousins ( lol that’s the whole 6 degrees of separation I guess at play).

I will still identify with my Italian, I love that connection to my Father ( another reason I keep my Maiden name) but I like that I am technically Italian/Irish  … I’ll have to use it to my advantage somehow 🙂

This was a great experience and super affordable for anyone to try at only 129.00 CAD. Maybe consider this as gift for someone, just know there is a 6-8 week time frame to receive your results back. So thank you AncestryDNA for giving me both an identity crisis and a lot of new places to research!